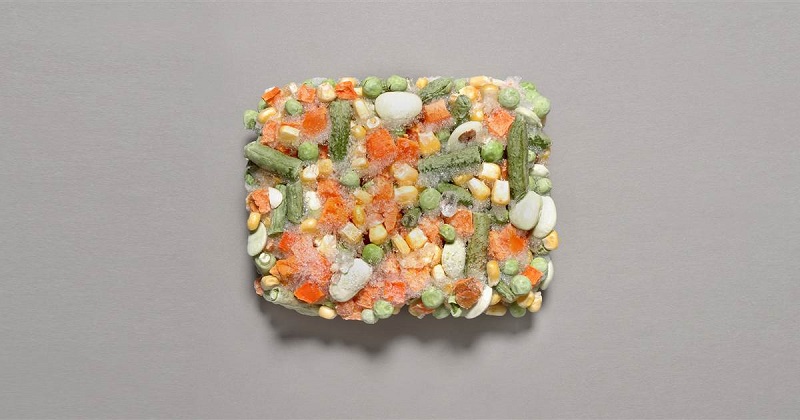 21 Mar Do frozen foods retain all their properties?

For some years it is normal to live with a lot of stress and anxiety. For example, it is common to do things quickly and in a rush, hardly having time to enjoy a good meal or simply spend a pleasant time cooking.

Because of this, it is normal that more and more people opt for precooked foods or frozen food with some regularity. Even though in some cases, it is true, it might not be nutritionally recommended.

While it is true that everything will depend on the type of food or meal to be consumed, when we are concerned about our health, but we also tend to have a freezer full of frozen food, it is normal to ask yourself to what extent it is a nutritionally recommended option. And, above all, whether or not they actually retain all their qualities.

What is and what does frozen food consist of?

We can find countless foods and frozen meals in the frozen section of all hypermarkets and supermarkets. Since vegetable fruit (for making smoothies or smoothies), including seafood, fish, or meat, just to name a few simple examples.

But the world of frozen food goes much further, to the point that the food sector has been concerned with offering consumers a wide variety of frozen products with the intention of fully meeting the needs (or expectations) of the clients.

What’s more, in our country we can find today more than 600 companies that are dedicated to this activity. While, according to 2018 figures, frozen food sales increased by around 3.5 percent compared to the previous year (2017). Although it is expected that the figures have increased considerably over the past year, as a result of the confinement.

Although the freezer is usually the last resort when cooking. It can become a useful option when we do not have much time. Or we prefer to opt for a product frozen in advance to defrost and consume directly.

Basically, frozen food consists of food that has been frozen at a very low temperature in order to increase its preservation, by slowing down its decomposition by converting residual moisture into ice. In this way, it is possible to inhibit the growth of most bacterial species, thereby increasing the expiration period.

Does frozen food keep all its qualities?

We must bear in mind that fresh food (such as fruits and vegetables) can be picked before the food has fully matured, so it is immediately picked, shipped, and stored.

Meanwhile, the time from harvest to arrival at home (or at the plate) can be days or even a few weeks. So during this time, fresh food can lose nutrients.

In fact, as a few studies have shown, fresh foods tend to lose most of their nutrients. Especially vitamins and minerals, in the three days after their collection. However, the same does not happen with frozen foods, since they are harvested at their maximum point of maturity. And are quickly frozen, in a matter of a few hours, so the loss of nutrients is quite low.

However, after five days in the fridge, the fresh food contained less folic acid, vitamin C, and vitamin A, compared to frozen food.

Does freezing change or modify the nutritional value of food?

While it is true that the freezing process can cause some vitamins (such as vitamin C and folic acid) to decrease slightly, in fact, most of the nutritional value of the food remains almost intact after freezing.

In this way, freezing does not affect its content in fiber, calorie count, or mineral content. What’s more, the number of carbohydrates, sugars, fat, or protein in a particular food will not change either.

The same would not happen, however, with its water content. Something that becomes very evident every time we defrost food.

We must bear in mind that the act of freezing a certain food does not make it more or less healthy. Rather, it actually depends on the nutritional content of the foods that are frozen. Thus, freezing a muffin or cake is not going to make it suddenly healthy; while a frozen fruit will continue to be.

For all these reasons, the idea is to move away from pre-cooked frozen foods and opt, basically. For simple frozen foods, such as vegetables prepared for steam or microwave cooking. Or frozen fruits cut for making smoothies and shakes.

Do frozen foods retain all their properties